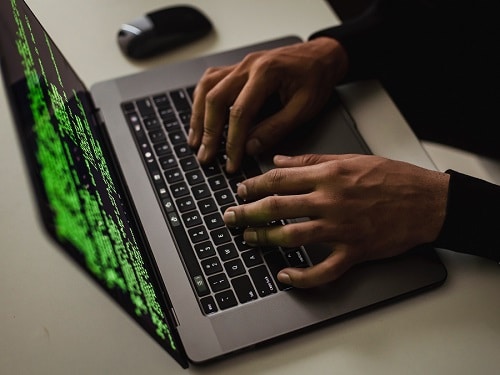 The growing number of cyber-attacks since the start of Russia’s war against Ukraine have led The Russian Foreign Ministry to warn that more western cyber-attacks on its infrastructure could lead to a direct military confrontation.

The warning followed an apparent cyber-attack on the Russian housing ministry website which led to a “Glory to Ukraine” sign (in Ukrainian) being displayed.

Several Russian state-owned companies and news organisations have been targeted with cyber-attacks since Russia began its invasion of Ukraine in February. For example, hacks have affected Russia’s RuTube video-hosting platform, and the satellite television broadcast of Moscow on Victory Day.

Russia has claimed that its critical infrastructure and state institutions are being hit with more cyber-attacks from the United States and Ukraine. This has triggered an accusation by Russia that the U.S. is “deliberately lowering the threshold for the combat use” of IT, and the chilling warning that “The militarization of the information space by the West, and attempts to turn it into an arena of interstate confrontation, have greatly increased the threat of a direct military clash with unpredictable consequences.”

There were of course no references made to the many cyber-attacks emanating from Russia from the beginning of its invasion of Ukraine. For example:

– Back in January, defacements of Ukrainian government websites and the deployment of Whispergate destructive malware believed to have been carried out by Russian Military Intelligence.

– In February, the cyber-attack impacting Viasat.

– The cyber-attacks on oil facilities in Germany, Belgium and the Netherlands.

– It’s also worth remembering that last year, the U.S. sanctioned Russia over the ‘SolarWinds attack’ where alleged Russian-state sponsored cyber-criminals accessed 18,000 government and private computer networks, and over alleged Interference in the 2020 U.S. presidential election.

State-sponsored cyber-attacks are nothing new and have been ongoing for many years, as a means to steal secrets, disrupt, interfere, and apply pressure as part of the power struggle between many countries, and notably between east and west. It should be no surprise to Putin’s government that following their own cyber-attacks against and the invasion of Ukraine that cyber-attacks on their own state’s infrastructure would follow. Based on the magnitude of recent threats by Russia, the strong wording of its warning over cyber-attacks is also to be expected and could also be a sign recent cyber-attacks are causing enough damage and disruption to be noticed by Russian people, and annoy Putin’s government. The list of businesses and global companies that have now pulled out of Russia is significant and still growing and news indicates that sanctions are having a massive impact on the Russian economy. For example, the Institute of International Finance estimated that the crisis could wipe out 15 years of economic development and the IIF estimates Russia’s gross domestic product will shrink 15 per cent this year. Many of the big names that have pulled out of Russia will, of course, suffer financial consequences themselves but may also may now want to boost their own cyber defences in case they are now targeted by Russian state-sponsored hackers.