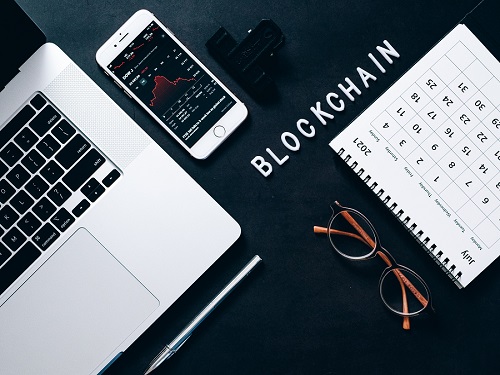 In this tech-insight, we look at what Web 3.0 is, together with its main benefits plus some concerns about it.

Web3 / web3 / Web 3.0 (a term coined in 2014 by Ethereum co-founder Gavin Wood) is the next phase in the evolution of the Web. It is based on blockchain technology, the same technology behind cryptocurrencies like Bitcoin. Web3 incorporates concepts such as decentralisation and token-based economics, for example, “play-to-earn” video games with rewards in the form of crypto tokens, and NFT platforms where users can buy and sell fragments of digital culture (e.g. art). Within the Web3 idea, if for example, a user signs-up to a Web3 social network or trading venue they receive tokens for exchange (which increase in value if the platform becomes more popular) and have a say in the decentralised governance of that platform. Imagining a Web3 version of Facebook (Meta), for example, rather than selling aggregated user data and adverts, the platform’ users could monetise their own data, or even earn crypto-based rewards from other users, e.g. for posting interesting content.

Web 1.0 is known as the period from 1991 to 2004 when websites were mostly still static html pages and open protocols such as were HTTP, SMTP and FTP widely used. Most users were consumers rather than content producers.

Following-on from Web 1.0 (starting in 2004) came Web 2.0. This is the period where the Web was viewed more as a “platform” and saw a huge increase in users creating and uploading their own content to forums, social media platforms and networking services, blogs, wikis, and other services.

Some have cited the benefits of Web3 as being:

– Creators having more opportunities to monetise their work and activities.

– Rather than just a few big social media companies having all the power and making all the decisions, Web3 platforms could be governed in a more democratic way.

– Users may have greater privacy as there would be fewer advertising-based business models.

Not everyone buys into the idea that we have entered a new and distinct phase of the Web. Some of the criticism of the idea of Web3 includes:

– It could simply be an attempt to re-brand cryptocurrencies and escape from some of the bad publicity they’ve had, e.g. volatility, security issues, their usage by scammers and opposition from some countries. Some also believe Web3 is an attempt to push the popularity and wider adoption of blockchains forward.

– Concerns that the Web3 vision is one of a purely commercial pay-to-play Internet where even social interaction is traded.

– Concerns about the idea that people may be given a blockchain-based, permanent online reputation score and record that could be used by others to make decisions about them, e.g. employment.

– Venture capital firms have invested heavily in Web3 projects prompting concerns that rather than being controlled by users, investors and centralised (rather than decentralised) tech platforms will have the power.

Browsers appear likely to evolve to enable users to better manage their Web3 interactions. For example, Opera’s new iOS version of its Crypto Browser is designed for accessing Web3 and has a non-custodial, built-in crypto wallet.  Users can also access Web3 NFTs and decentralised apps through the browser while being protected by an ad tracker, pop-up blocker, cookie dialogue blocker, and cryptocurrency mining protection.

On the plus side, Web3 appears to hold the promise of more monetisation and investment opportunities for businesses and individual content creators, other non-advertising-based business models, as well as perhaps facilitating the wider usage (and the benefits that brings) of cryptocurrencies.  Blockchain is already being used by many businesses and looks as though it will be providing the bedrock for the growth phase of Web3. On the minus side, Web3 may create a more complicated and costly business environment where many of the free, enriching aspects of the Web are lost. Some fear that what we are seeing now may simply be a re-branding exercise by cryptocurrencies and a move by venture capitalists to gain more power. Although the Web is constantly evolving and changing at a relatively fast pace and Web3 may hold new opportunities, it takes time for many real-world businesses to learn about, understand, and be willing to take risks with new tech ideas and models, so it remains to be seen how Web3 will evolve.