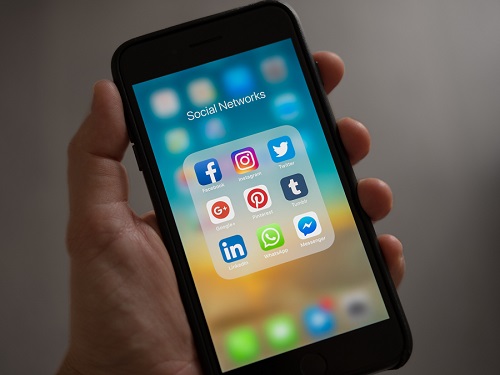 In this article, we look at the next phase of Elon Musk’s attempt to control Twitter – a so-called ‘hostile’ takeover.

The Next Stage In The Twitter / Musk Story – Hostile Takeover

Billionaire Elon Musk recently became Twitter’s largest shareholder after recently acquiring a 9.2 per cent stake in the social media company. Twitter then invited Musk to join its Board. Musk, however, announced that he would not be joining Twitter’s Board. Instead, last week Musk went down the hostile takeover route by offering to make Twitter Inc. private in an unsolicited deal valued at $43 billion. Musk offered to $54.20 per share in cash, which is 38 per cent above the price on April 1, (the last trading day before Musk went public) in the hope of winning-over shareholders.

What Is A Hostile Takeover?

A hostile takeover happens when one company acquires another without approval for a merger or takeover from the target company’s management, and despite any objections from the Board. Hostile takeovers usually occur after the formal offer has been rejected and tend to apply to larger public companies. The acquirer seeks to achieve at least 51 per cent ownership in the target company’s stock to gain control. Hostile takeovers are legal and may happen for reasons such as:

– The two companies may have failed to reach a merger agreement.

– Some investors may think the management of the company is mismanaging it or is not maximising shareholder value.

– The acquirer wants the target company’s assets or technology and distribution to strengthen its own business.

– Shareholders often benefit initially in hostile takeovers, e.g. in a tender offer, it may mean that the acquirer offers to purchase stock shares from the target’s shareholders at a higher price than the market rate to gain a controlling interest.

Some examples of high-profile takeovers include:

Many hostile takeovers are resisted, with around 30 per cent fended off, or are abandoned and fail. For example:

Musk, a self-described “free speech absolutist”, has found Twitter a very useful way to build his brand and reputation, speak freely, and instantly reach and conduct polls with 80+ million followers on Twitter. Musk has made suggestions about how he would like to change the platform, e.g. adding an edit button for Tweets, and has expressed his concern that Twitter may not be living up to its free speech principles. It appears that Musk would like to not just control Twitter but also to make it more customised to his own requirements and to his own view of what a social media platform should be. He has also expressed willingness (perhaps if this takeover fails), like Trump, to set up his own social media platform, which may be the ‘Plan B’ that he says he has if the takeover fails. Even though he could afford it (being the richest person in the world with an estimated $264 billion), critics have said that it is unlikely that he would be able to quickly build anywhere near the same following as he could get by purchasing the long-established Twitter.  Musk also wants to use a hostile takeover to turn Twitter to a private rather than a public company. This is likely to be so that Twitter stock would no longer be traded on public exchanges (and most likely wouldn’t be so reactive to his free speech), and shareholders could be offered a fixed price for shares, there wouldn’t be a requirement to disclose financial information to investors every three months, and there may be less scrutiny. In 2018, Musk suggested that he intended to make Tesla private which resulted in a row over possible funding, a lawsuit, a settlement and Musk stepping down as chairman of Tesla’s Board.

Some of the concerns about Musk taking-over Twitter include:

– Worries about financing of the takeover (possibly needing to sell some of Tesla) and regulatory issues.

– Worries about how Musk will be able to balance his time between Tesla, SpaceX, and the Twitter Deal.

– Worries that Musk could have a detrimental effect on the culture within Twitter, which could rub-off on the value of the brand.

– Concerns over what some may see as his impulsiveness and freely speaking his mind possibly having a detrimental effect on the company.

Although Musk’s announcement didn’t have a huge effect on the share price and Twitter said it would consider the offer and make any decision based on what’s best for shareholders, the signs are, however, that Twitter aims to resist by adopting a so-called ‘poison pill’ strategy. This is where the target company dilutes an acquirer’s voting shares.

Also, some big Twitter investors, e.g. Saudi billionaire Prince Alwaleed bin Talal, have commented that Musk’s offer is too low and doesn’t come close to “the intrinsic value of @Twitter given its growth prospects”.

Other commentators have said that it is unlikely that Twitter would accept being controlled by one person.

As things stand now, Twitter looks like resisting and some expert commentators are suggesting that there is a less than 50 per cent chance that the hostile takeover bid will be successful.

– Musk may (as he suggested) reconsider his position as a shareholder in the company, thereby driving down the price of Twitter’s stock.

– Musk may decide to set up his own platform or use his “Plan B”, which is, as yet, unknown.

For Twitter and its larger investors who essentially think the offer is not enough and may be concerned that Musk may not provide the best fit with the company and its brand, Musk’s latest move towards a hostile takeover has prompted resistance. Although a high initial price for shares may look appealing to some shareholders, some may worry about what direction the company would go in and how what some see as Musk’s impulsiveness and keenness for free speech (and its potential negative effects) could affect the brand going forward. Also, having just one new person in control of a company he has criticised and said needs big changes may be a frightening prospect. Musk has also indicated that he would pull out as a shareholder and perhaps set up his own social platform if the deal didn’t go his way.