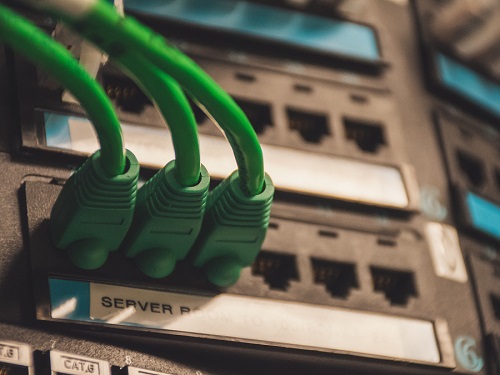 The two-year trial, the first of its kind, will see full fibre broadband cables deployed through 17 kilometres of live drinking water mains between Barnsley and Penistone. It is anticipated that the project will enable 8,500 homes and businesses to be quickly connected, with broadband companies tapping into the network. If the trial is successful, the government says that the technology could be operational in networks from 2024 onwards.

Faster, Greener – No Digging Up Roads

Civil works, in particular installing new ducts and poles, make up as much as four fifths of the costs to industry of building new gigabit-capable broadband networks. Using the existing drinking water pipe network should, therefore, be a greener, quicker, and more cost-effective way of connecting fibre optic cables to homes, businesses, and mobile masts, without the disruption caused by digging up roads and land.

The network will also be used to set up 5G masts to bring fast and reliable wireless broadband to hard-to-reach communities where wired solutions are too expensive to deliver commercially.

A bonus of the project is that it will also look at how fibre can help the water industry detect leaks, operate more efficiently, and lower the carbon cost of drinking water. Putting fibre sensors in the pipes could enable water companies to improve the speed and accuracy with which they can identify a leak and repair it before it causes a problem for consumers. Water companies have committed to delivering a 50 per cent reduction in leakage, and this project could help them to reach that goal.

“Digging up roads and land is one of the biggest obstacles to rolling out faster broadband, so we’re exploring how we can make use of the existing water network to accelerate deployment and help detect and minimise water leaks.”

Is It Safe To Put Cables In Drinking Water Pipes?

The technology being deployed during the trial has been approved by the Drinking Water Inspectorate (DWI). The DWI requires rigorous testing ahead of approving any products and the processes that introduce them into drinking water pipes, and fibre has already been deployed in water pipes in other countries such as Spain.

This trial project sounds as though it could help tackle several challenges at once – getting fast broadband out to a wider area quickly and dramatically reducing the cost and time taken, as well as providing a fast way to detect water leaks. For the estimated 8,500 homes and businesses in South Yorkshire that could be connected in the trial it will clearly be of benefit. If the trial is successful and this method is rolled out in networks from 2024 onwards, it could assist many more businesses across the UK, particularly those in rural locations which have been at a disadvantage through not being served by fast broadband connections before. Coupled with other options such as satellite broadband, the water pipe broadband idea gives more hope for the near future to businesses in rural locations.