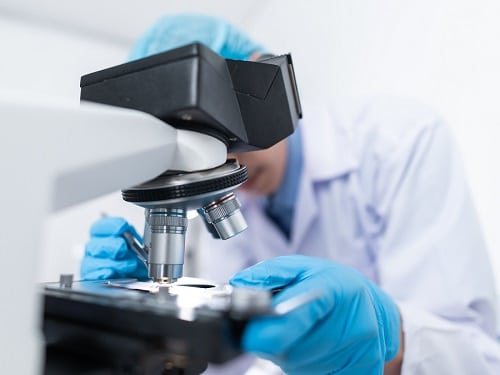 Next Step From Last Year

Last year, a team of US scientists reported creating ‘living robots’ which were actually bundles of stem cells from African clawed frogs. The researchers discovered that they could ‘program’ these cells to accomplish certain tasks, hence the robot comparison. The cells were dubbed ‘robots’ because they could act on their own (on behalf of people).

In the research, the cells, about the size of grain of sand and dubbed ‘xenobots’, could move microscopic objects, move quickly round Petri dishes and even heal themselves.

The latest research from the same team, published in the Proceedings of the National Academy of Sciences (US), revealed that the ‘robots’ (synthetic multicellular assemblies) could spontaneously (i.e. over a couple of days) reproduce by replicating kinematically through moving around and compressing other dissociated cells in their environment together to make functional self-copies.

Whereas (known) reproduction in life forms involves growth within or on the body of an organism, followed by splitting, budding, or birth, what is amazing about the xenobot ‘robots’ is that they could perform non-growth based kinematic replication. This means that they could make copies of themselves by gathering cells from around them with their ‘mouths’ and assembling them into baby blob-like bots. Based on this, the researchers claim that this kind of kinematic replication has never been observed before, nor was it known whether multicellular systems were even capable of it. Some scientists suggest that although it has not been observed before, it may have been essential in the origin of life.

Not only did the researchers make ‘robots’ that could assemble copies of themselves, but they also used artificial intelligence (AI) and a supercomputer to try and discover the best body shapes and configurations for xenobots that could most effectively build new baby bots. The AI work concluded that a C-shaped bot was most effective at gathering cells to make baby bots, and this program influenced how the xenobots behaved in doing so.

In addition to being an incredible discovery in itself, the research suggests that, with more development, xenobots could create new opportunities such as their use in medicine (e.g., to help deliver drugs within the body), or in other valuable ways such as cleaning up environmental contaminants. The research has also challenged traditional machine self-replication knowledge and assumptions and highlighted how reconfigurable organisms and kinematic (rather than growth-based) replication could lead to many more discoveries that could help in many different sectors. Given the speed of the move to the development of robots that can re-produce, many may also feel that, as with AI, regulation will need to keep up in order to prevent this science moving too quickly into areas of real danger.