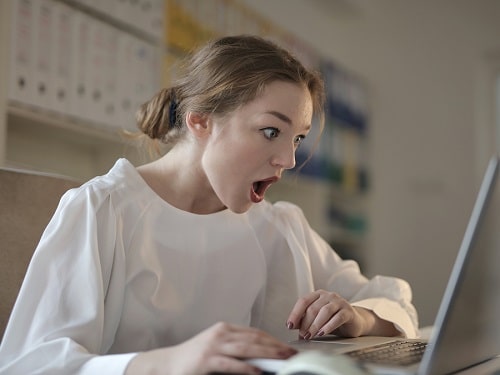 Those who have tried the developer’s version of Microsoft’s new Windows 11 OS have reported that what used to be the ‘blue screen of death’ is now black.

What Is The Blue Screen of Death?

The so-called blue screen of death (BSoD) is displayed on a computer running Windows when there has been a fatal system error/system crash whereby the OS has reached the stage where it can no longer operate safely.  In Windows 10, this screen has a blue background, a sad face symbol (introduced back in 2012), an error message, and a QR code (added back in 2016). The QR code enables the user to use scan with their phone to find articles and assistance.

Those who have been the first to try windows 11 are part of Microsoft’s Windows Insider Program.  This is a ‘community’ of millions of people who have signed up through Microsoft’s website to enable them to run Windows Insider Preview Builds of the latest versions of Microsoft’s products, and provide feedback that can help any issues and bugs to be identified and addressed before the wider release.  You can register to become a Windows Insider here: https://insider.windows.com/en-us/about-windows-insider-program

Other issues relating to Windows 11 that have been reported by insiders include not being able to install the operating system due to missing hardware requirements (which has since been fixed using an update to settings), a streamlined version of File Explorer reverting to the old style for some users, and the Start Menu search not working.

Will It Work On Most Computers?

One other major worry that’s been highlighted is that, as things currently stand, the new Windows 11 may not be able to run on many computers because it only supports eighth generation and newer Intel Core processors, Apollo Lake, and newer types of Pentium and Celeron processors,

Back in 2015, it was announced that Windows 10 would be the last version of Windows. A lot can change in the world and in the marketplace of technology in a few years, and Microsoft has found itself having to up its game and change its plans in order to compete with Apple. Windows 11 will be released later this year (date as yet unspecified) and, no doubt, more bugs and issues will be highlighted and reported, as is expected in the testing stages with the Insider Program. The issue of whether Windows 11 can run on machines that don’t have the newer processors, however, is quite an important one that could affect many businesses, and it remains to be seen what comes back from Microsoft about this during this testing phase.