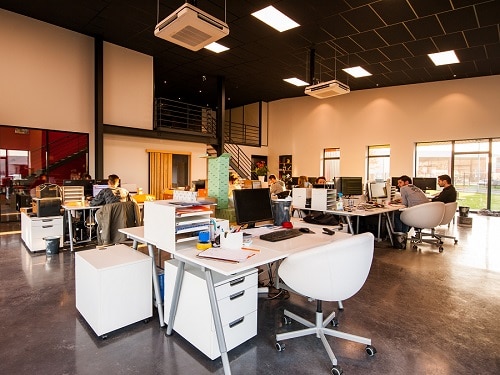 In this article, we take a brief look at what DaaS is, as well as its advantages and disadvantages.

Desktop as a Service

Desktop as a Service (DaaS) is a service where virtual applications/virtual desktops, via a third-party public or private cloud service, are made accessible (streamed) to users over the Internet via an html-based web browser or a secure application downloaded to the user’s device(s).  DaaS is usually licensed with a per-user subscription.

VDI refers to the backend ‘virtual desktop infrastructure’ of DaaS, including the ‘virtual machines’ that run desktop operating systems, and are hosted by the third-party cloud provider. A virtual machine (VM) is a virtual environment which operates just like a ‘computer within a computer’, runs on its own isolated part of its host computer, and has its own resources that enable it to let end-users operate it (run apps on it) as they would a physical workstation.

The advantages of DaaS include:

– It is flexible and scalable.

– IT admin is simplified (saving time and money).

– The DaaS providers handle VDI deployment, maintenance, security, upgrades, data backup, and storage, thereby saving money and freeing up in-house IT resources and meaning that companies don’t have to go to the expense, trouble, and risk of trying to manage their own on-premises VDI solution.

– An improved disaster recovery (DR) solution (i.e. failover resources) are hosted (securely) in the cloud rather than needing backup workstations.

– Better functionality and productivity from being less likely to fail, experience downtime or disruptions.

– DaaS can deliver better insights from data, as well as better data integration and governance.

– Users will still need a device capable of running and accessing the DaaS service, as well as a good, fast Internet connection. Both of these factors have cost and employee access implications.

– Moving (sensitive) data to the cloud could bring some compliance challenges for some organisations.

– Trust in the security of the cloud is necessary and moving data to the cloud and transferring it over a network could, arguably, bring a data risk compared to keeping it locally behind the firewall.

– IT staff/the business may lack experience in using DaaS.

Many businesses have made the move to the cloud anyway and are also now used to the subscription economy and the ‘as-a-service’ model of delivery e.g., Windows 10. The DaaS model clearly offers many benefits, to businesses e.g., cost and resource savings, centralisation, security, flexibility, and simplification, as well as being particularly useful at a time when remote working and now the move to hybrid working have become important. DaaS also enables companies to improve the agility of data workloads, get important business insights more quickly, offer a better work access solution to employees as well as freeing the business from many of the traditional IT management and admin challenges.