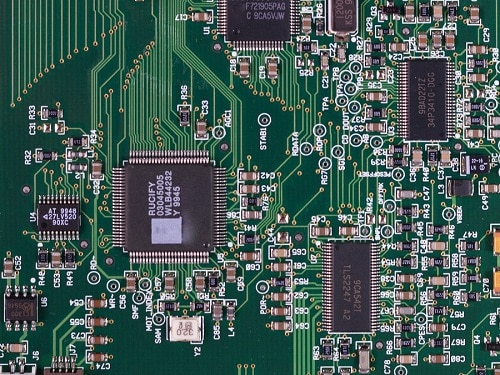 AI can now design AI chips hundreds of times faster (and better) than humans. Where will this lead? A recent research paper has described how a deep reinforcement learning approach to chip ‘floorplanning’ has led to AI generating chip floorplans that are superior or comparable to those produced by humans.

Chip floorplanning is the term for designing the physical layout of a computer chip.

Why Is It So Important?

The way a chip is designed impacts upon its performance (e.g. power consumption). Also, if a faster way can be found to design chips, this could save the months of effort spent by physical design engineers (and the associated costs) to produce manufacturable chip layouts.

The paper, written by Googlers Azalia Mirhoseini, and Anna Goldie et al, highlighted how the researchers used a deep reinforcement learning approach, coupled with an edge-based graph convolutional neural network architecture.  The object was to design the next generation of Google’s artificial intelligence (AI) accelerators, and this method enabled the AI to learn from past experience in chip floorplanning and to become better and faster at solving new instances of the problem.

The researchers found that in just under six hours, instead of the months it would have taken for human engineers, the AI design method automatically generated chip floorplans that are superior or comparable to those produced by humans in all key metrics, such as power consumption, performance, and chip area.

Also, the researchers believe that in addition to AI’s success in designing chips for AI, more powerful AI-designed hardware is likely to fuel advances in AI itself, thereby creating a kind of symbiotic relationship between the two fields.

AI Being Adopted By More Businesses

A recent Google Cloud (Harris Poll) survey found that the pandemic has led to more businesses adopting AI. The survey of 1,154 senior manufacturing executives revealed that 66 percent of manufacturers now use AI on a daily basis, with over a third (34 percent) saying that the daily use of AI and machine learning (ML) is helpful for their employees.

Although these figures indicate that AI is almost mainstream, some of the challenges that business still have in the adoption of AI are finding ways to move from pilot schemes to live adoption (partly due to too much legacy technology on the shop floor), and not having enough people who are trained in deploying AI.

It is clear that many more businesses are adopting AI to solve real problems, save time and save money but are running up against the problem of a talent gap.  It is particularly interesting, therefore, that in chip design, AI has bridged that talent gap by training itself to be more experienced and knowledgeable than human chip designers, and in doing so has proved (in research) that it could save vast amounts of time and money. Also, in doing so, its continuous learning means that it will not only become better and faster at solving new instances of the problem going forward but will be able to design better hardware that can fuel advances in AI itself, thereby creating a kind of value-adding, symbiotic loop.  This is an example for businesses of how AI can help them bridge skills gaps in a cost-effective way, and create competitive advantages going forward that they may not even have been thought about.