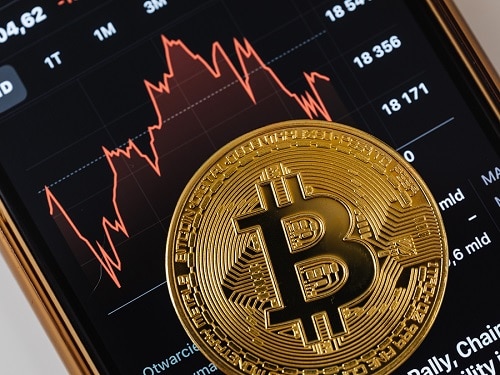 With news of a booming NFT market and the acceptance of Bitcoin as payment for Tesla cars, we look at the environmental impact of these and how the technology needs to be improved to be made more sustainable.

This week there was news that an artwork co-created by a robot called Sophia fetched $7,000,000 dollars. The artwork, which consisted of a 12-second MP4 file showing how the work evolved and a ‘self-portrait’ painted with a robot arm, was not just an example of the advancements of robotics and AI, or the incredible collaboration between a human and a robot to create an artwork but is also an example of how the market for ‘NFT’ art is growing.

Blockchain is at the incorruptible ledger, a bit like a secure spreadsheet that no-one can alter, that is the technology that powers cryptocurrencies like Ethereum or Bitcoin.  A non-fungible token (NFT) is the term for any unit of data on that blockchain / digital ledger. A unit could be any digital file such as digital artwork files, audio, videos, and more.  Each NFT represents a unique, non-interchangeable, exclusive digital item/asset, and is recorded in the blockchain ‘ledger’ as a cryptographic “hash”.

The market for NFT artworks is growing and more examples of digital NFT artworks fetching high prices are making the news more often as they break new boundaries. For example, this month, an artist known as Beeple sold a photo collage artwork (of 5000 images) at Christies called ‘Everydays — The First 5000 Days’, for a staggering $70 million. This makes it the third most expensive sale ever of a living artist, only beaten by the price fetched for works by David Hockney and Jeff Koons.

Many environmental and tech commentators are, however, concerned about the environmental impact of transactions involving the use of Blockchain and the cryptocurrencies that it powers.

Much of the concern focuses on how energy-hungry the process of adding data to the blockchain, known as ‘mining ’, is. Crypto mining, uses software to explore millions of cryptographic checksums to find one that has the right number combination to “mint” a transaction and to try computations on the next block to be added to the blockchain.  Unfortunately, solving this complex puzzle involves using a large amount of electricity, the production of which produces carbon dioxide. The obvious conclusion for some tech and art commentators is, therefore, that NFTs may be making a negative contribution to climate change.

Turkish artist Memo Akten recently posted details online of “The Unreasonable Ecological Cost of #CryptoArt”.  Akten highlighted how “a single Ethereum (ETH) transaction is estimated to have a footprint on average of around 35 kWh. This in itself, is ludicrously high. To put that into perspective, this is roughly equivalent to an EU resident’s electric power consumption for 4 days.”

The artist also compared how a single ETH transaction mouse click can set off a chain reaction to mining farms that ultimately delivers a footprint of 35 kWh for an ‘average’ transaction, and emissions of close to 20 KgCO2.  For perspective, the artist compares the impact of this one single mouse click to an average email being estimated to have a footprint of a few grams of CO2 or watching one whole hour of Netflix being estimated at resulting in the production of around 36 grams CO2.

Akten argues that just one NFT can involve many transactions including minting, bidding, cancelling, sales, and transfer of ownership which creates a footprint of a single NFT of hundreds of kWh, and hundreds of KgCO2 emissions.  Akten says that a single NFT footprint works out to be the “equivalent to an EU resident’s total electric power consumption for more than a month, with emissions equivalent to driving for 1000Km, or flying for 2 hours.”

Other commentators, such as Kelsie Nabben, a researcher at the RMIT University Blockchain Innovation Hub, believe that NFTs may be no more environmentally damaging than other ways of trading art e.g., transporting them around the world and storing them in temperature-controlled environments, all of which uses a lot or energy.

Many agree, however that NFT technology is still relatively new and that it could be made more energy efficient as it advances, thereby reducing its environmental cost.

The recent announcement that Tesla Inc customers can now buy its electric vehicles with Bitcoin, and how this could be a big step forward for the cryptocurrency’s use in commerce has been met by counter-argument that focuses on the potential environmental cost.  A medium.com article pointed to how, ironically, the cost of buying an energy-saving, environmentally friendly electric-powered Tesla car in Bitcoins could equate to cancelling one third of the CO2 savings for its whole lifetime.

NFTs and buying Tesla vehicles with Bitcoins essentially highlight how the whole interaction between blockchain and cryptocurrencies has some way to go to reduce its energy-consumption.  Recent figures from Cambridge Researchers recently highlighted how power-hungry “mining” for Bitcoin consumes 21.36 terawatt-hours (TWh) a year meaning that if Bitcoin were a country, its energy (electricity) consumption it would be ranked above Argentina and the energy could power all the kettles in the UK for 27 years. Although this sounds shocking when framed this way, it should be remembered that the amount of electricity consumed each year by home devices in the US alone that are always-on but not active could power the entire Bitcoin network for a year, thereby highlighting other important areas for improvement in terms of widespread environmental impact.

There has been an explosive rise in NFTs and in only three months, the combined market cap of major NFT projects has increased by a massive 1,785 per cent. Although this has created booming NFT, high valuations of NFT-related tokens and the accompanying new market and investment opportunities, the environmental cost appears to be growing at the same time.

Calls for a carbon tax on cryptocurrencies to help balance out some of the negative consumption, carbon offsetting, and offering prizes (Elon Musk) for new Carbon Capture Systems are all very well but may not be tackling the problem itself. Developing a more energy-efficient and environmentally sustainable way of managing how crypto-currencies work and how they interact with Blockchain may be the way forward in solving some of the environmental problems created by the increased use of cryptocurrencies and the growth of the NFT market. This could involve several steps such as using different, low-energy consensus algorithms, building more energy-efficient blockchains and creating more sustainable mining solutions, and is something that must be addressed soon in order to ensure that Blockchain technology and cryptocurrencies, which have many benefits, can grow in a way whereby those benefits aren’t outweighed by the environmental cost.