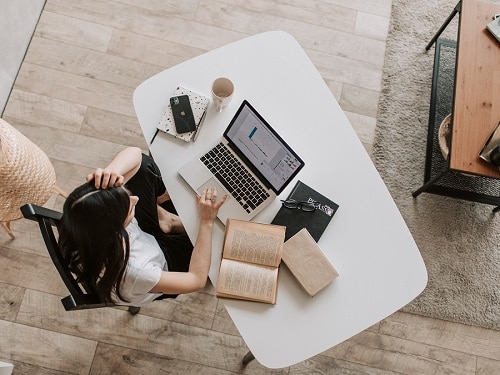 The survey, involving more than 4,000 adults (1,351 of whom were working from home) showed that nearly half (47 per cent) were experiencing stress from connectivity issues and that over a third (36 per cent) were regularly switching to mobile data to stay online.

The research showed that more than a quarter of respondents (28 per cent) considered switching to mobile data for an important business call.  Also, with children still out of school and home study online being of particular importance, younger people (61 per cent) and those with children in the household (65 per cent) were most reliant on mobile data to keep them connected.

The kinds of connectivity issues that have made people switch to mobile data for at least some of the time or for really important tasks include:

– Many more people now at home and sharing their broadband.

– Disadvantaged families, with school-age children not having adequate/not affording broadband connections.  This has led to all major operators signing up to the UK government’s “Get help with technology” programme where data allowances are increased on mobile devices to support disadvantaged children, thereby allowing them to access remote education.  Also, a recent Citizens Advice survey found that more than one in six people are struggling to afford their broadband during the third lockdown and that only three of the largest 13 broadband companies offer affordable tariffs to people on low-income benefits.

– So-called “Zoom fatigue”, whereby those getting fed up with just using the Zoom video-conferencing platform revert to the familiarity of the phone call.  For example, O2 figures show a significant increase in phone traffic as the third national lockdown was announced, and that the duration of phone calls during lockdown has increased by an average of 30 seconds.

Connectivity Influence on Where To Live

It being an O2 survey, it’s an opportunity for them to promote their network and their mobile data, but it also raises the important point of how connectivity (whether it be a good broadband connection, mobile data or both) has become vital for remote workers and their families during the lockdowns in order to stay in work and access education. This has also exposed issues such as pricing of broadband and mobile data, affordability, inequality and how help is needed for disadvantaged families with technology and connectivity, and how, after a period of digital transformation for businesses, connectivity is going to remain an important issue as economies and businesses (which now rely more on online sales) move forward.