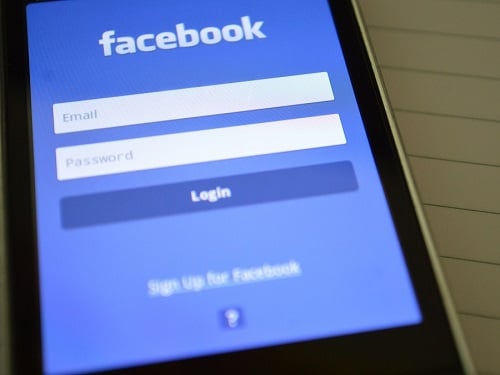 Facebook faced condemnation and challenges in other countries after blocking ‘news’ content from its platform in Australia and although a last-minute turnaround will mean the return of news to its Australian site, this may not be without damage to the social media giant’s reputation.

In Australia, the new law, which is currently a Bill for an Act to amend the Competition and Consumer Act 2010 in relation to digital platforms, is the Treasury Laws Amendment (News Media and Digital Platforms Mandatory Bargaining Code) Act 2020.  Full details of the Bill can be found here:  https://www.legislation.gov.au/Details/C2020B00190

The Australian government argues that because big tech companies like Facebook and Google acquire customers from people who want to read the news, these tech companies should, therefore, pay newsrooms a “fair” amount for their journalism through the process of paying the news sites for snippets and links.

The Australian government also argues that having a strong news media helps democracy, but ‘traditional media’ (e.g. newspapers) have experienced a decline in sales and ad revenue, and this traditional media needs financial support.

Facebook, Google, and other tech companies are also facing the lobbying might of Rupert Murdoch’s News Corp Australia to encourage a change in the law that could see tech firms paying.

Last week, in response to the threat of being made to pay publishers under the new law, Facebook blocked Australian users from sharing or viewing news content on the platform i.e., blocked all Facebook pages of local and global news sites.

There have been reports that, in addition to blocking news content, Facebook also blocked several other sites including a bookstore, charities, a domestic violence support service, Australia’s national Basketball and Rugby bodies pages and even several government health and emergency pages (which Facebook said was a mistake).

The move was criticised by the Australian government, with Australia’s Prime Minister Scott Morrison saying (on Facebook’s platform), “Facebook’s actions to unfriend Australia today, cutting off essential information services on health and emergency services, were as arrogant as they were disappointing.”  Treasurer Josh Frydenberg said that the ban had a “huge community impact” and that “I think their actions today were unnecessary and wrong”.

Although both sides have talked since the ban to find a solution, for the time being, the Australian government has said that it remains committed to implementing the new law.

Canada reacted to Facebook appearing to play hardball with the Australian government by saying that it would make Facebook Inc pay for news content. Canadian Heritage Minister Steven Guilbeault highlighted the different models that the country could adopt with regards to making big tech companies pay.  For example, the Australian model requires tech companies to reach deals to pay news outlets where the links drive activity on their services, or to agree on a price through arbitration. The French model requires tech companies to hold open talks with publishers about their platforms to allow publishers to seek some kind of remuneration for use of their news content.  Mr Guilbeault said, “We are working to see which model would be the most appropriate” and described what he saw as Facebook’s move to simply cut ties with whole countries as an “unsustainable strategy”.

Condemnation From the UK

The UK has also waded into the argument with Julian Knight, the chair of the British Parliament’s Digital, Culture, Media and Sport Committee describing Facebook’s moves as “bully boy action”, saying that the blocking of news in Australia by Facebook would “ignite a desire to go further amongst legislators around the world”.

Even though Google initially threatened to remove its search from Australia, Google (Alphabet Inc) decided to pay $1 billion to publishers globally for their news over the next three years. Google’s plan is to pay publishers to create and curate high-quality content for what Google is calling its ‘Google News Showcase’.  This new product will launch in Germany first, where Google will pay German newspapers such as Der Spiegel, Stern, Die Zeit, and then in Brazil where Google will pay Folha de S. Paulo, Band and Infobae for content.  Further similar rollouts of paid-for content as part of the Google News Showcase are planned to take place in Belgium, India, the Netherlands, and other countries. It has been reported that so far, 200 publishers in Argentina, Australia, Britain, Brazil, Canada, and Germany have signed up to the Google News Showcase.

Last week, it was reported that the Rupert Murdoch-controlled media company News Corp had also struck a global news deal with Google.

Big Tech companies like Facebook and Google are now under pressure from many countries and some big news organisations to pay something for the news links and content featured and shared on their platforms. Although Facebook is still arguing about what the definition of ‘news’ is, many people do not accept the argument that big tech platforms are not publishers. Google appears to realise that getting into arguments with whole countries is futile and could be very damaging to its brand and has opted to pay something, but more on its own terms by agreeing to pay a set amount per year to large groups of publishers as part of its ‘Google News Showcase’. It also appears to have settled with a powerful opponent, News Corp, which should take some of the heat off. After its initial arguments, and seeing other countries queuing up to take a hard line with it, Facebook may also decide to adopt a similar strategy to Google.